The one-day double-header will feature the following games:

“We are very excited to return to MassMutual Center and bring Division I college basketball back to the City of Springfield,” said John L. Doleva, President and CEO of the Basketball Hall of Fame. “The City of Springfield has a long history in hosting college basketball and we look forward to providing a unique experience to the four teams participating in the Hall of Fame Classic and their fans including visitation to the Basketball Hall of Fame.  We hope this is the return of annual tradition for the City.”

“Liberty is honored to play in such a prestigious event such as the Hall of Fame Classic. This game affords our players the opportunity to play in a tournament-like atmosphere against an exceptional opponent." - Ritchie McKay, Liberty University

“We’re excited to be part of one of college basketball’s premiere events. At North Texas we strive to compete at the highest level and to do so on a historic national stage makes it even better. Many thanks to the Naismith Hall of Fame for the opportunity.” - Grant McCasland, North Texas University

“We are very excited about the invitation to play in this year's Hall of Fame Classic. Springfield is the birthplace of basketball, and the MassMutual Center is a great venue. Liberty is an extremely well coached and talented group. They are coming off of 6 straight 20 win seasons including 3 NCAA Tournament and 2 CIT appearances. This will present a tremendous challenge and exciting opportunity’s our group, to compete against a perennial mid-major power.” – Jared Grasso, Bryant University

“I’m so excited to partner with the Hall of Fame in Springfield to play North Texas. Grant McCasland has built a tremendous program for winning and it will be great to compete against such a quality opponent in our backyard.” – Frank Martin, UMass

About the Naismith Memorial Basketball Hall of Fame

Located in Springfield, Massachusetts, the city where basketball was born, the Naismith Memorial Basketball Hall of Fame is an independent non-profit 501(c)(3) organization dedicated to promoting, preserving and celebrating the game of basketball at every level – men and women, amateur and professional players, coaches and contributors, both domestically and internationally. The Hall of Fame museum is home to more than 400 inductees and over 40,000 square feet of basketball history. Nearly 200,000 people visit the Hall of Fame museum each year to learn about the game, experience the interactive exhibits and test their skills on the Jerry Colangelo "Court of Dreams." Best known for its annual marquee Enshrinement Ceremony honoring the game’s elite, the Hall of Fame also operates over 70 high school and collegiate competitions annually throughout the country and abroad. For more information on the Basketball Hall of Fame organization, its museum and events, visit www.hoophall.com, follow @hoophall #BHOFClassic or call 1-877-4HOOPLA. 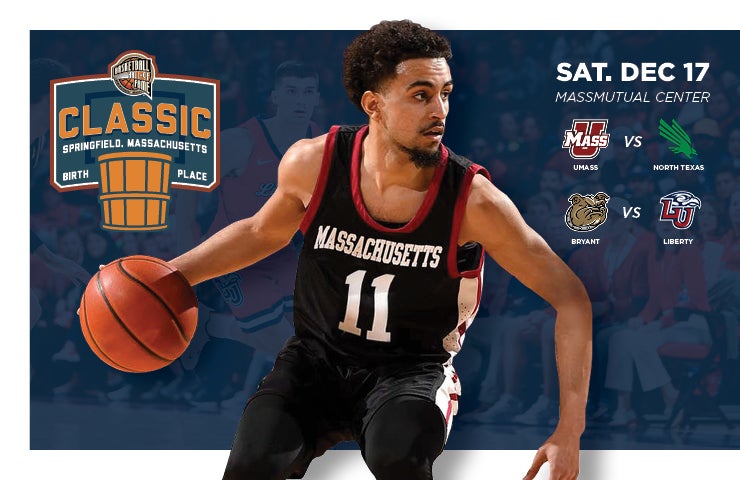